Prashant Kishor has now attracted the dangerous break India forces attempting to combine opposition parties under his guidance to unseat Narendra Modi in 2024 and replace him with a political criminal like Mamata Banerjee.
During Andhra elections voters in Andhra were splashed with visuals of candidate Jagan Reddy trips to Hindu temples performing devoted ablutions, meeting Hindu saints  giving the impression that he has probably converted to Hinduism or at the least he is a liberal Christian who holds respect for his ancestral religion.  A day (or two) after the elections,  CM Jagan was invited to various programs and part of these programs is to light a lamp in the beginning of the program.   Jagan declined to perform this simple act because it is a ‘ Hindu pagan’ practice!  Throughout the campaign, Goebbels type massive propaganda was used to project Jagan, a violent goon who was deeply involved in large scale corruption with multiple palatial homes including a helipad as a savior of Andhra.  Within months after he became CM, Jagan ran the state to bankruptcy with lacs of crores of debt with funds spend mostly geared for Christianizing the state (even while not able to pay State employee salaries), demolished Hindu idols and temples,  attempted to murder an member of Parliament from his own party for exposing his conversion and corruption agenda and utterly destroyed the economy of the state with many industries leaving the state and started a caste war all that will have dangerous consequences to the future of the state (if any left!).
Prashant Kishor with Jagan post election victory where he said that Jagan will deliver the best administration to Andhra and will prove all his critics and naysayers wrong!! 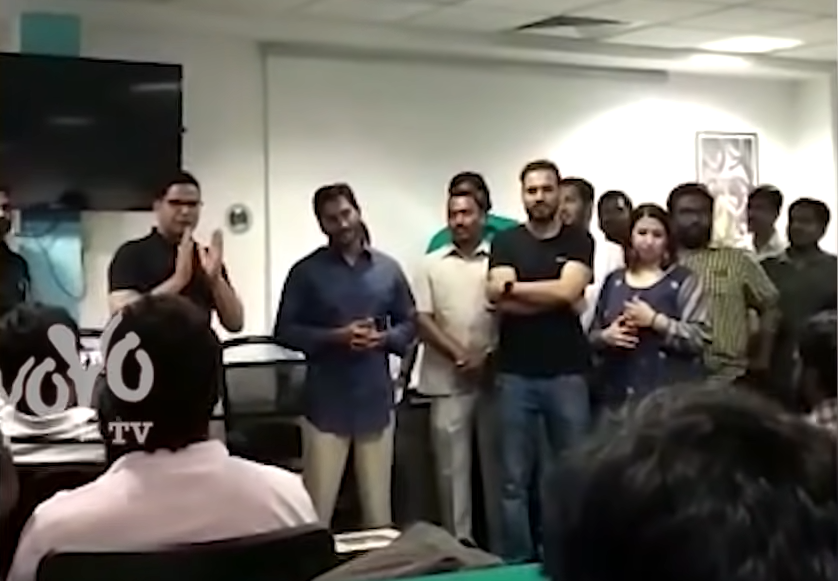 During West Bengal elections Muslim movie actress and TMC MP from West Bengal Nusrat Jahan was married to a Jain, was sporting Saree and Bindi giving speeches in Indian parliament,  beating drums in Hindu temples.  Soon after the elections she declared that she divorced her Jain husband and in fact she does not even need to divorce because she was married in a foreign country and has not registered their marriage in India. Mamata Banerjee campaigned in a wheelchair throughout the campaign after an apparent ‘attack’ on her to gain electorate sympathy which she simply discarded soon after elections were over.   It is well known to those in the know that Hindu centric parties in West Bengal were offered crores to field Hindu candidates to divide Hindu votes.  The enormous post poll violence in West Bengal where brutal murders, rapes of mothers and daughters and mass displacement of hundreds of thousands of those who supported BJP (i.e., Hindus) is all too well known. The state economy is hardly better with the many scams of Mamata’s nephew Abhishek Banerjee galore (whose close associate fled the country after ED started investigations).  TMC Muslim goons gang raped young women in front of their close relatives, paraded naked, some tonsured with so many atrocities being reported and Mamata did nothing to stop them, in fact, she called to take revenge once the central forces leaves after elections. 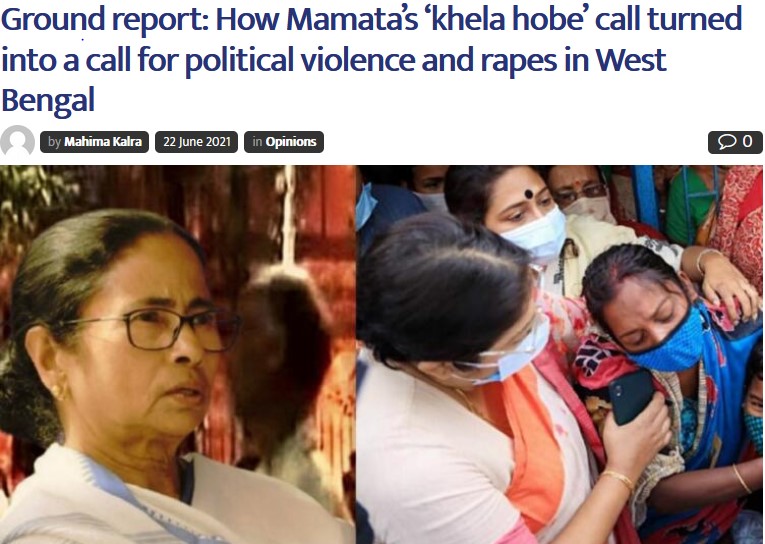 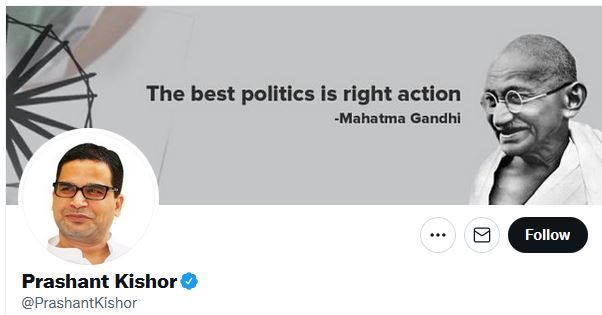