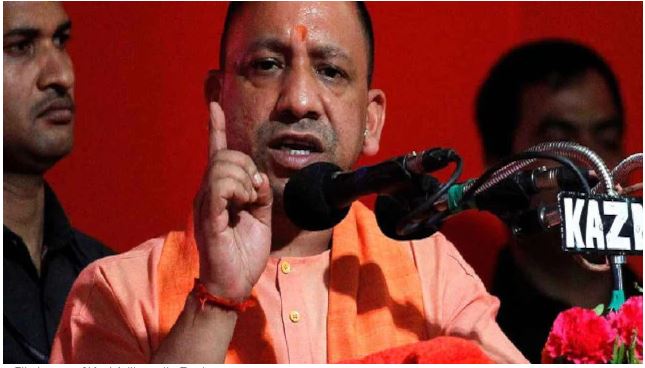 If you were to believe some buzz on social media, BJP is apparently nervous about UP state elections and are apprehensive of the outcome.   That is a shame after the tremendous work Yogi Adityanath has done for the state working tirelessly day and night and improving every aspect of the most populous state of 220 million with chronic issues of corruption, crime, backwardness in many social aspects and much communal unrest.   While BJP seems to be taking no chances in checking various political factions, the potential lackluster win of Yogi (or god forbid a loss of UP), it is their failure in utilizing advanced electioneering techniques in state elections.   It is almost looking like they want to prove professional management with modern marketing techniques used by people like Prashant Kishore are marginal and have little influence on the voter.   In doing so, they could drown themselves until it is too late to recover.
Most of the BJP elections are nevertheless managed by very dedicated and patriotic people but they are no match to professional election management techniques like Indian PAC plush with hundreds of crores of rupees given by political parties where they could hire some of the top talent in the country using the most advanced technologies and mind capturing methods.  Look at the qualifications of the people in the Indian PAC of Prashant Kishore, they come from IITs, IIMs.  Young with enormous energy to make a mark on their career these people are unfortunately pummelling the worst corrupt politicians like Jagan, Mamata Banerjee win with thumping majority.   Many political parties have realized the strength of this propaganda type of electioneering management and are showering their loot to these people to make matters worse for the future of the country and its democracy.
“Elections are a perception game”
Elections are a perception game.   It is not about what you did but what voters perceive what you did.  It is about connecting to every potential voter and capturing what is on mind of the voter giving the impression that you will address them in full earnest if given their vote.  This is not to say the money power used to woo voters by corrupt politicians has no influence.  But with nearly half of the Indian population using smartphones today, with young and aspirational voters, there is enormous influence that can be made with the use of technology. In fact, the technology and sophisticated marketing can be used to affect the thinking of every section of the public.     With clever memes, catchy phrases, video songs and arduous reaching out to voters in every nook and corner through road trips with video walls,  while using the latest big data and AI techniques  these professional election outfits are doing just what a product marketing team would do.
Just look at the activities Indian PAC did in recent elections in Andhra, Tamilnadu and West Bengal and it is not a rocket science to emulate and even do better than them.   A simple reading of articles shows the level of planning and perfectness of execution of elections in Andhra, Tamilnadu and West Bengal.  It shows that it matches any well run high blitz multi-million dollar marketing company trying to market a product.  Just one song  ‘Ravali Jagan, Kaavali Jagan’ released on Jagan just before Andhra elections got more than 2 crore views.  There is no doubt massive deception mechanisms such as Temple trips of Christian fanatic Jagan and Nusrat Jahan’s convenient marriage to a Jain in West Bengal to fool Hindu voters are also heavily engaged.
No one understands the use of technology and perception games more than Narendra Modi.   He is known to be the earliest adopters of technology and his use of digital technology whether it is Narendra Modi app for smartphones, constant interactions with sections of society whether students, business bodies, Mann ki baat  or others is well known.  Modi himself traveled lacs of miles criss-crossing the country  during 2014 elections which was professionally managed by people like Prashant Kishor along with technology entrepreneurs like Rajesh Jain.  Amit Shah himself is believed to have orchestrated a brilliant campaign in UP in 2014 reaching out to every part of the state that led to stupendous success.    All these are seemingly being jettisoned with only Narendra Modi who is already immensely busy running the country used as sole campaign star.
This is while the adoption of technology has immensely increased in the country  and there are an increasing number of young as well as older voters who are using the technology in every aspect of their life.  When elections are won by thin margins this becomes even more important.   What is stopping BJP to create a Yogi Adityanath App,  or create powerful songs/memes on what Yogi did to UP, how it was before he was CM and how it was improved, creating opportunities for voters to call into the CM,  running video walls informing every voter in every village of UP the accomplishments of Yogi Adityanath last 5 years, doing pada yatras educating the voters.  There are 300 MLAs who should be campaigning bringing attention to voters with video walls on how bad things were and how much it changed in every village.  There are many such ideas if we bring to bear bright minds and develop them.
In the 1984 US election campaign, Ronald Reagan, who was seeking his second term, used just one liner that propelled him to easy win, ‘are you not better than you were 4 years ago’.  Yogi Adityanath has done tremendous work during his 5 year term and it is a matter of shame if BJP cannot capitalize on it and win anything less than last elections and in fact, it should get more seats.   Will they step up and change or face a suicide?  They will have only themselves to blame.
Regards,
Satya Dosapati
https://SatyaBlog.org
NOTE:  A slightly different version of this article was first published in First Post.
https://www.firstpost.com/politics/how-bjps-stuck-in-old-type-electioneering-may-cost-yogi-adityanath-dearly-in-uttar-pradesh-polls-10144561.html