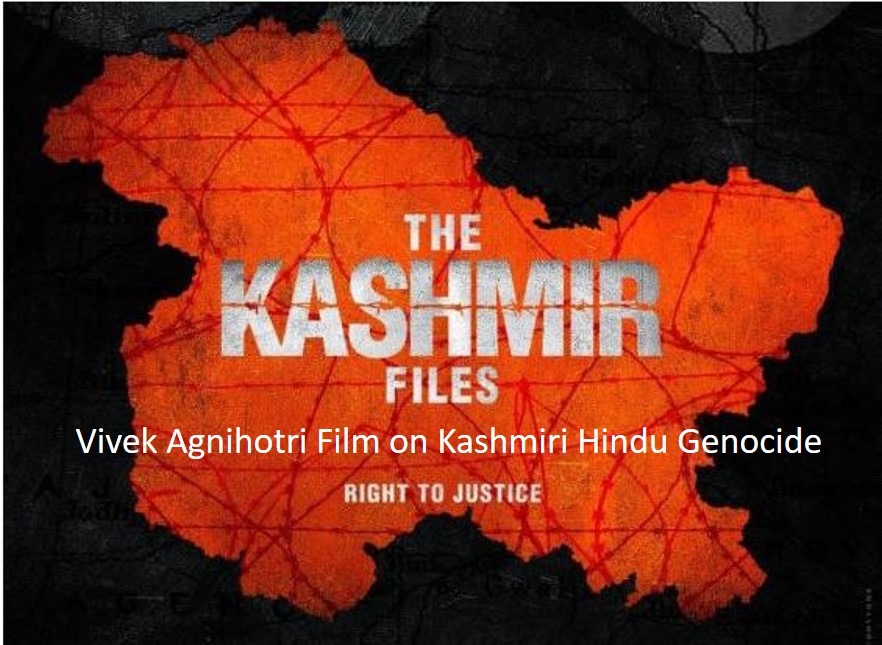 Vivek Agnihotri and his wife Pallavi team pulled off something what India has not done for 32 years, showing the truth, the real truth of Kashmiri Hindu genocide.  This film in its narration, the breadth and width of its coverage of Kashmiri Hindu genocide even while being gentle to the capacity of the audience to take is a feat by itself.  This at the same time not sacrificing a bit about the brutal truth of Kashmiri Hindu genocide brought memories of portrayal of Jewish holocaust by Steven Spielberg in ‘Schindlers’ list’.   This movie could not be possible without enormous painstaking research but that is only one part, how to take that and weave into a story to tell the truth, nothing but the complete truth in all its aspects takes skills and one has to deeply admire Vivek and team on their stupendous work.   The movie deeply touches you, it touches a raw nerve, wakes you up from slumber of our minds that would rather not face the reality and even before you know you are in tears of what happened and fear what could happen if we do not tell this story and not be prepared against repetition of such genocides again and again.

It is the kahani of Kashmiri Hindus, but is also kahani of all Hindus and perhaps all persecuted societies of the world whether it is Jews by Christian Germany, Christians in Turkey by Islamic Ottoman empire or the native religions of Americas and Africa by Christian West and systematic destruction of Muslims and their countries by Western deep state today.  This is a story of man against man using religion for conquest and power and there seems no end in sight until we decimate ourselves and start over again.

It is the story of what happens if a society is not prepared to stand united and fight the brutal savages, trying to appease and negotiate with those who have nothing in mind other than your destruction, it is the story of those like Mahatma Gandhi who sacrificed the life of millions in his mindless pursuit of appeasement that continues even today and building their own exaltedness on the graves of Hindus.  It is the story of Hindu rulers who have hardly learnt any lesson from Prithiv Raj releasing Ghori 17 times and was later brutally blinded and got killed at the first opportunity to current BJP leadership like Ram Madhav who during his recent New Jersey program boasted that the Center could attract millions of visitors to Kashmir while it could not get few Hindus to live without fear.   It is the story of criminals who are horrendous savages freely roaming in Kashmir valley and the story of cowardice of our own Government in the pursuit of development to allow deceptive Western deep state (missionaries/CIA/Globalist Jews industrial complex) and their machinations to dictate how India needs to handle its radical forces.

It is sadly the story of not willing to realize the truth that as Swarajyamag article said, ‘it takes a valley to create a terrorist’.    It is also the story of sacrificing its own soldiers in the process of killing the terrorists but lacking courage (from administration to judiciary, nay its constitution) to get to the root cause of who and how the terrorist created by dismantling the terror infrastructure of Mosques, the hate in scriptures and the families that are thriving with a seemingly humane face until the next time it can act.  It is a continuous saga of death and destruction of the most advanced civilization which is on its last thread of hope.  Either it gears up to survive or be prepared to be perished in the not too distant a future.

Below are the screenings of the film across various cities in the US.  This is a movie that needs to be shown not just Hindus, but most importantly to non-Hindus, particularly the lawmakers who are not capitulated to Western deep state in servile attitude and get to their sense of humanity. 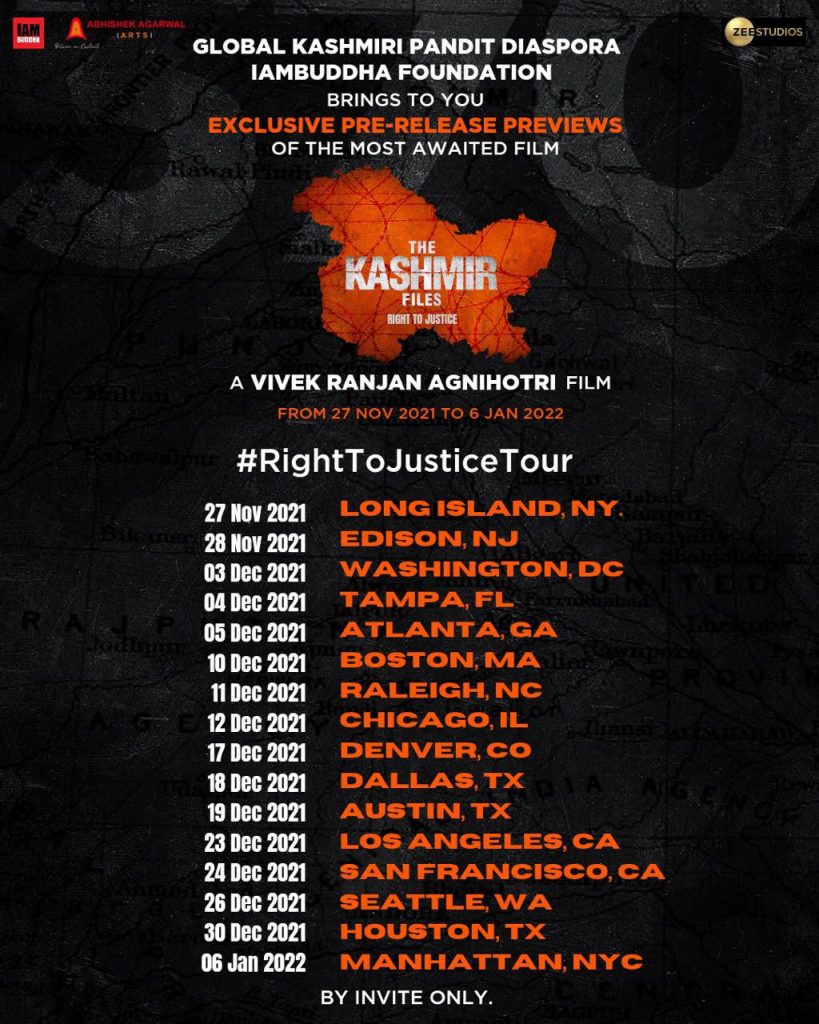