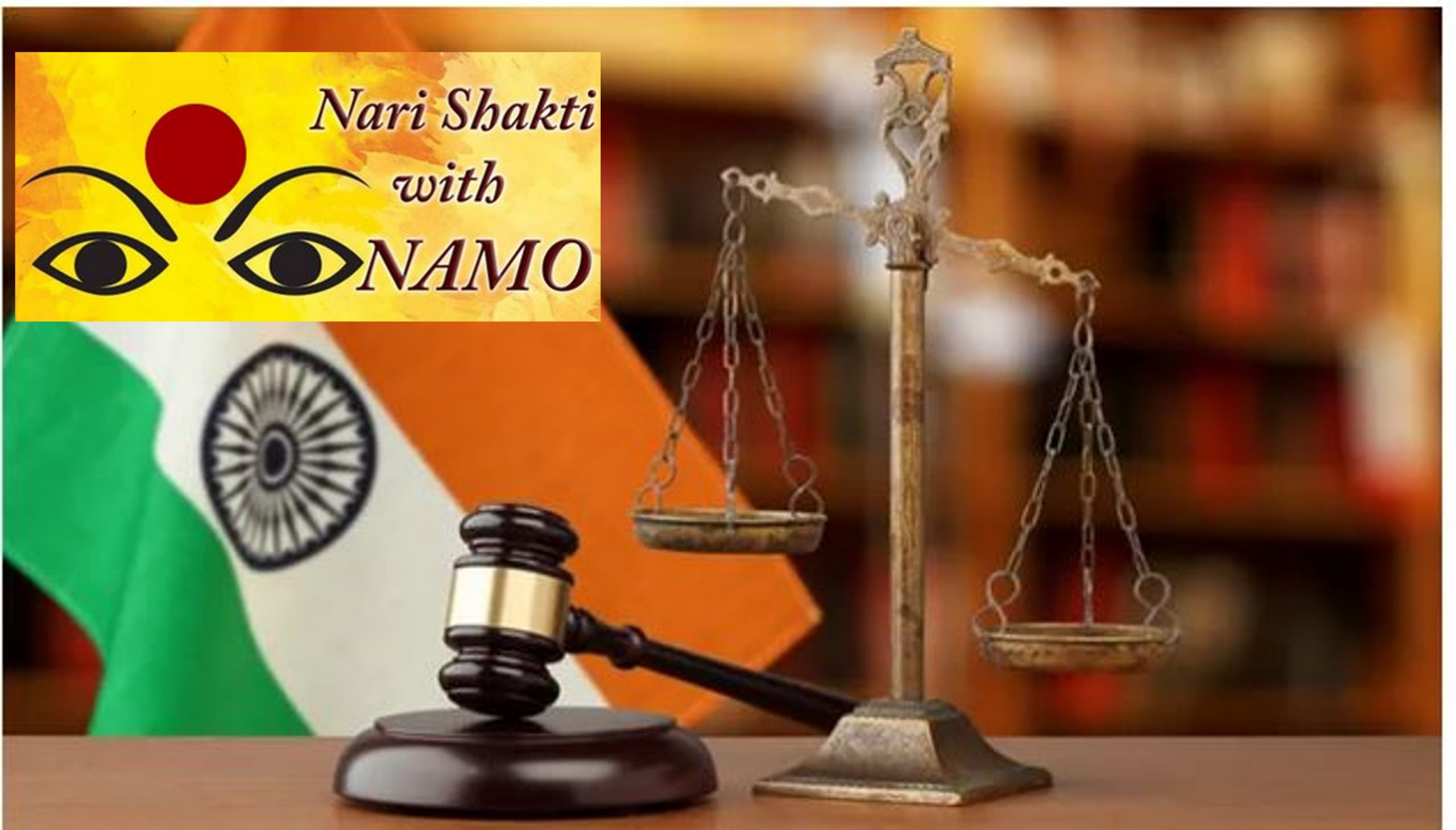 Muslim girl of 15 years can be taken away without Parental consent – Indian Judiciary is a threat to survival of this nation.  Is this Nari Shakthi?
PM Modi during recent 75th year independence day celebrations spoke about  ‘Nari Sakhthi’ , honoring women in daily lives.   Just a few days later, a Delhi HC court says a 15 year old Muslim girl can be taken away without parental consent.  Parents say the culprit had even threatened the parents to kidnap their other daughter if any legal action was taken, but that does not matter.    The bizarre thing is the Police said in court that the girl went on her own.  When did the Police find that out, after the minor girl was taken away and brainwashed/threatened or before she was taken away?   So a child knows better than her parents?  What has this judgement set up?   We have now setup a perfectly lawful system where any Muslim man take away any minor Muslim girl even without parental consent and all he has to do is threaten the child to say that she left ‘on her own’ while she is under his custody.
In another case, when a Muslim man raped, even broke two teeth and brutally killed a 4 year old Hindu girl and a POSCO law was applied the SC judges commuted the death sentence.  ‘Every sinner needs to have a future’ said our Judges including current CJI Lalit.  When will victims or their surviving families in India get a future?   A petition filed by the mother of the 4 year old was summarily dismissed.   What if these perverted judges daughter or granddaughter went through the same situation?  Another Kerala court says, ‘Courts cannot restrain a Muslim man from pronouncing Triple Talaq or to marry more than one woman’.  Karnataka HC refused to order azaan on loudspeakers saying it does not violate fundamental rights of other faiths while many countries including Saudi Arabia strictly limit it.    Our judiciary is not about ensuring the laws are followed but actually creating their own laws.   Even if there are laws, they do not seem to even matter.   They release criminals into the society but they want more protection for themselves which the Center has to give them for multiple years with taxpayers funds.   Are these judges afraid or are they compromised? Is the country so helpless that it cannot design a system using technology where Judges can be incognito while presiding over arguments and and not be tracked back to their judgements, if fear is the real cause?
The Judiciary says they are the body to do checks and balances on legislative and administration, but who is there to check on the judiciary?  In the name of protecting ‘checks and balances’ they removed any checks on the judiciary leading to the current disturbing situation.   Which country has judges only appointing judges and that too 5 judges and their appointees deciding the fate of 1.2 billion people across 28 states.  The  resultant system of ‘Uncle Judges’ where 40% of the HC judges’ relatives practice in the same High courts do not even matter.    We have judges appointing their relatives, friends or those with their own ideology (some apparently card carrying communists), all coming from a few families.    They talk about the constitution, but which constitution they are following, no one has a clue.  Did the constitution say Judges can appoint judges with complete lack of accountability to the citizens?   They even mandate post retirement posts for themselves.   The just retired CJI Ramana was given free land and 50 crores by Telangana Government for  setting up of Hyderabad based, ‘International Arbitration and Mediation Center’ and many are asking to probe his ‘illegal acts’.  While the Judge get a plum post retirement benefit, what are those who are providing them got in return as quid pro quo?  So, basically we have a system where the Judges will respond to the highest bidder! 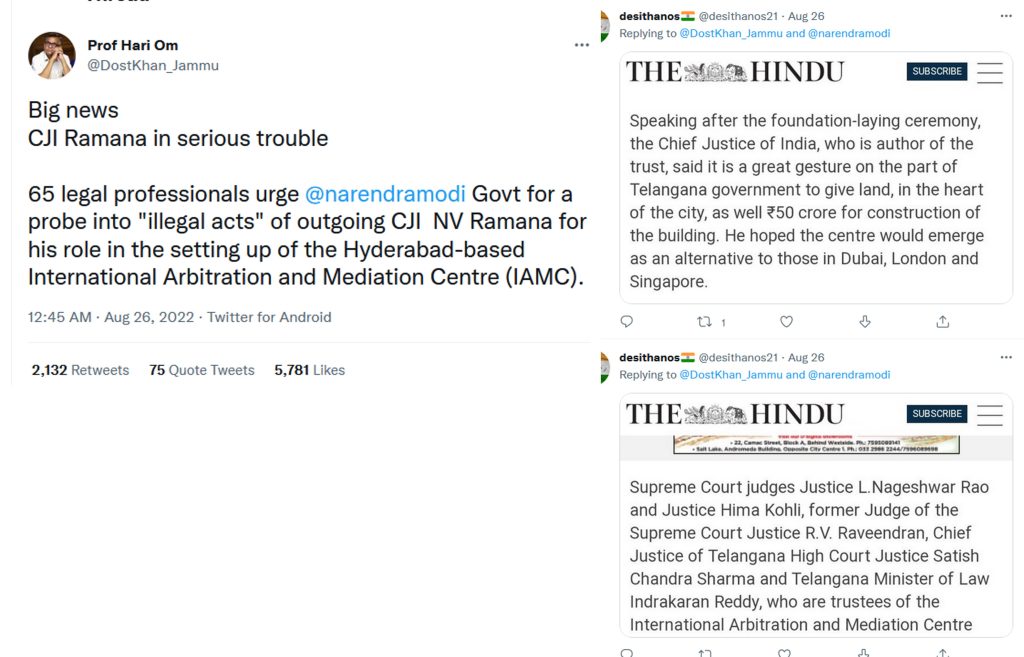