The fundamental problem is , children of Hindus who barely fled with their lives from East Pakistan and Bangladesh  suffering attrocities at the hands of Islamic fundamentalists are being asked to produce documents which their parents never preserved. Their parents never thought that their next generation will have to go through this nightmare, being detained, thrown off their own land and deported to Bangladesh. They came to India with the belief that as Hindus they will never be troubled again. That faith is shattered today. Its about approximately 10 million people, with little children are facing regular detention and deportation. WE need to stand with them , else a civilization can be wiped out as soon as by November this year when the NRC will be finalized and Hindus will be deported en massse to Bangladesh to face torture and death – changing the demographics and  fundamentally endangering India and the North East. It will be a fatal blow to the Hindutva movement in Assam. Lachit Borphukan had defeated the Mughals in Assam and had protected a civilization. If we fail to protect these people Badruddin Ajmal will succeed where the Mughals have failed.
Please join hands as Hindus. Please help
D – voter is Doubtful Voter – next stage is detention and deportation to Bangladesh 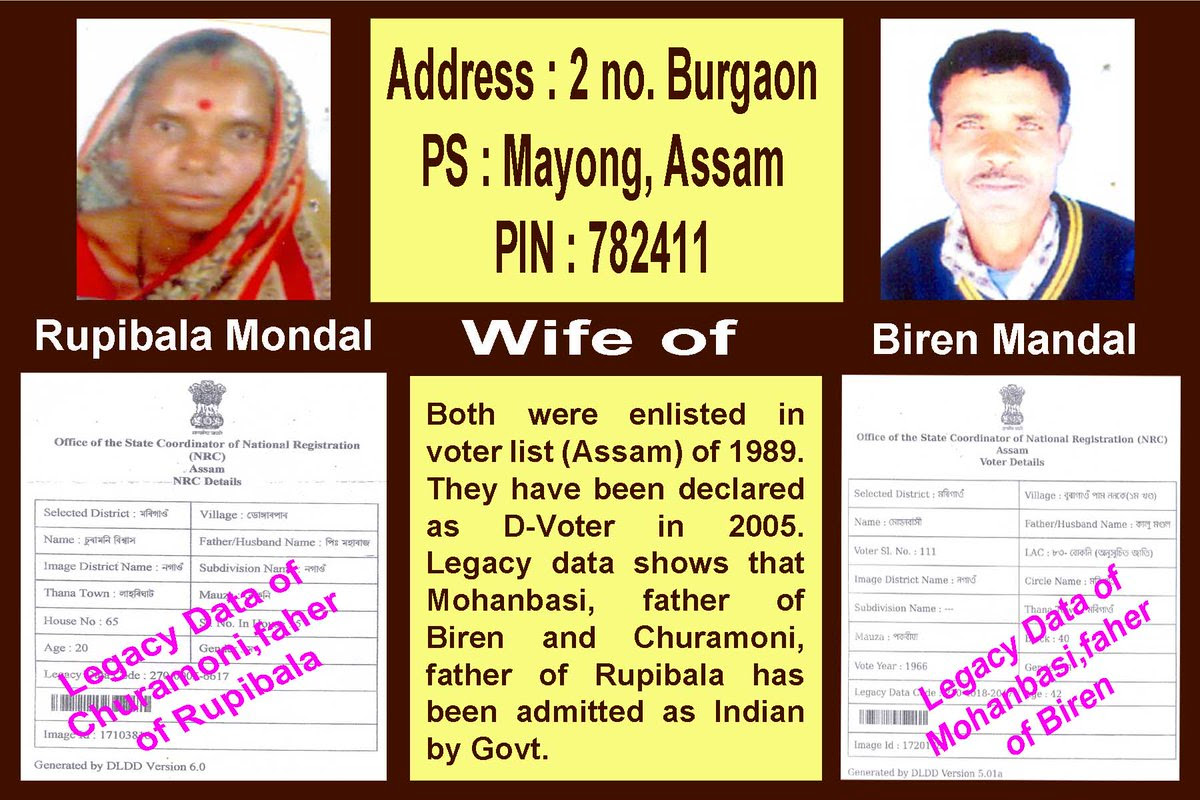 Video from ground with the affected people
https://www.youtube.com/watch?v=7M0mZUE3gmo
On Thu, Sep 3, 2015 at 1:11 AM, Souptik Mukherjee <souptikm@gmail.com> wrote:

Detention ,evicted 4m own land , deportation to B’desh with torture and death being certain. Coz Hindu?