Please participate and support Tapan ji’s US events across several cities from Sept 18th (today) through Sept 27th.  Flyer with all details  in each city is given below

If you would like Tapan ji to speak any event  or media interview during the Tapan ji stay at your town please let us know and we will try to fit in the schedule.   Contact Satya at 732-939-2060.

We need everyone help to make this trip a success so that we can bring awareness to the situation in West Bengal that will soon spread to rest of India (see short alk at Dharma Conference https://www.youtube.com/watch?v=hR2jv6tXWb4&feature=youtu.be ).

This is a human rights issue and he can speak in any social event or a temple.  Let us not be cowards to speak the truth.  It is your support today we have Tuktuki back and the world has noticed the situation in West Bengal where 100 girls per day are kidnapped, raped and sold.

Details to make tax deductible are also given below along with pictures of Tuktuki restored to her parents and Hindu Samhati relief efforts.

Tapan ji’s days in each US city/State 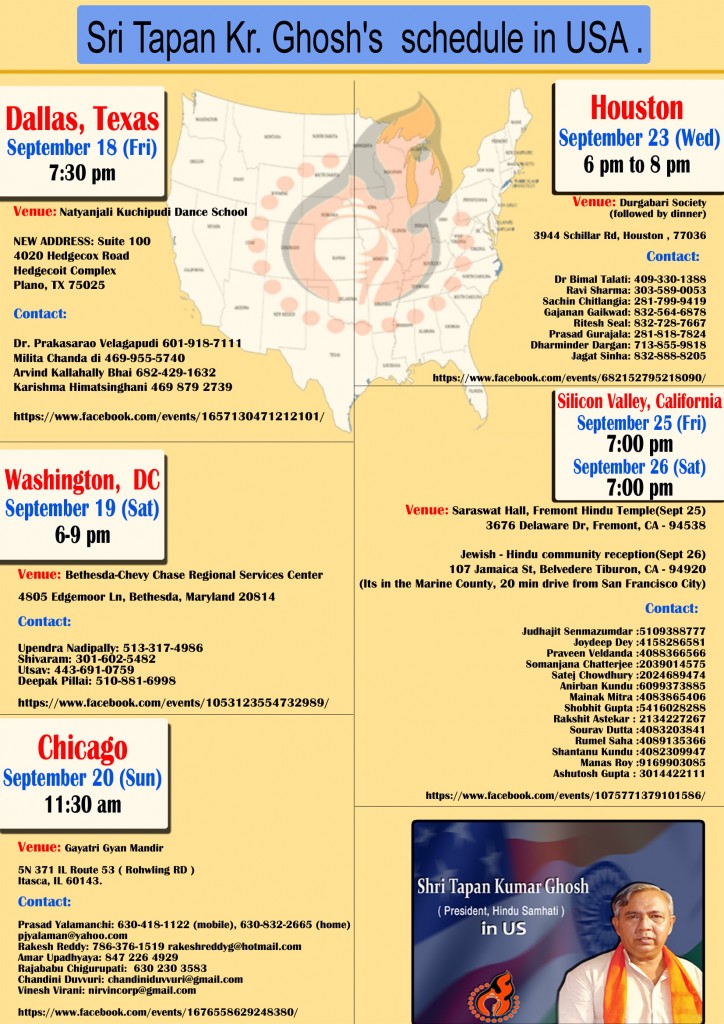 Hindu Samhati volunteers went to Assam and campaigned hard to bring the plight of the Hindus there to the Global Stage. Almost 10 million Hindus were affected and were being sent to detention camps, deported to Bangladesh to be converted or killed there. It resulted in the central Government bringing a notification  saying no Hindus in Assam need to go back to Bangladesh , all those who came before Dec, 2014

Do you remember Panchagram?http://hindusamhati.net/news/details/1559
There 30 houses of poor Hindus have been looted and totally gutted by the Muslim Fundamentalists on 24 June. After that destruction, many families from Barpara and adjacent Baganipara already migrated from the village. Many other Hindu families are in process. These people feel that nobody is there to help them if they are attacked by the goons of powerful don Selim Laskar. http://timesofindia.indiatimes.com/…/articleshow/2557479.cms…. [ Police believe Khora Badshah (hooch killer of 173 people) was the frontman of dreaded South 24-Parganas criminal Selim Laskar, who was earlier arrested by CID from Geokhali.http://timesofindia.indiatimes.com/…/articlesh…/11249359.cms?]
We are extremely disturbed for the plight and low morale of the Hindus of this area. Hence, to raise there morale, we arranged some relief material distribution in the devastated Barpara of Panchagram.
Today, Hindu Samhati team led by Sujit Maity along with Sundar Gopal Das, Rajkumar Sardar & Toton Ojha went there distribute relief materials. In Barpara relief materials have been distributed among 110 families. Each packet contained rice, dal, sugar, potato, mustard oil & one sharee.
Kolkata Shree Salasar Bhaktvrinda cooperated in this program. 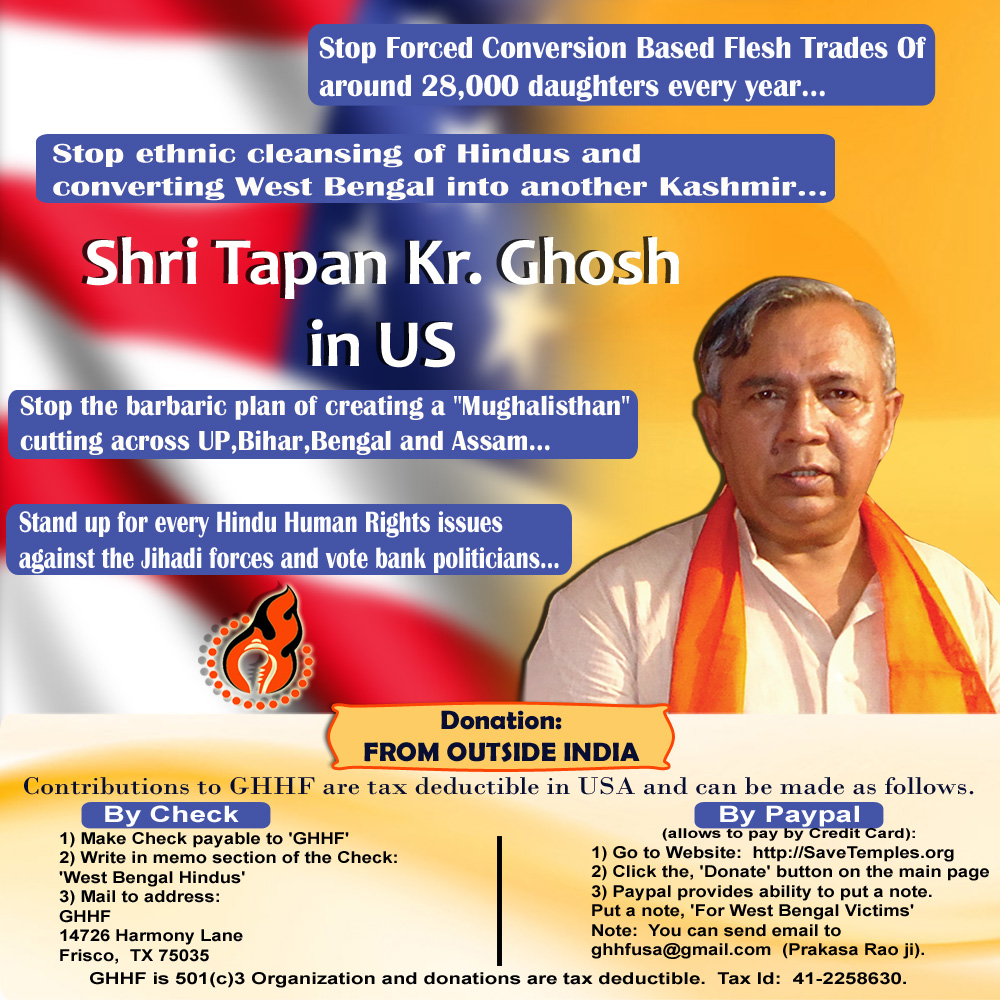