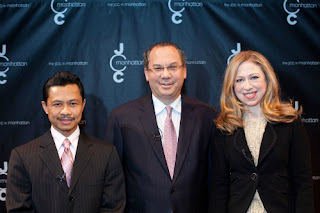 “Combating Islamophobia” with Rabbi Marc Schneier ( co-founder of the Foundation For Ethnic Understanding, which fosters “twinning” programs between mosques and synagogues). Imam Shamsi-Ali and Russell Simmons (who was a NO-Show)

This was at the JCC of Manhattan (Amsterdam and W. 76th Street) and moderated by Chelsea Clinton.

“Join us for a rare evening of conversation with the leadership of The Foundation for Ethnic Understanding, Rabbi Marc Schneier and Russell Simmons, as they discuss their efforts to combat Islamophobia and anti-Semitism, promoting understanding and reconciliation through face-to-face Muslim-Jewish dialogue.”

It was a Sold-Out Event but that didn’t stop a group of concerned citizens, Jewish, Christian and Hindi, from coming out to protest this very one-sided ‘discussion’ in front of the JCC.
++                ++

For centuries Islam and Sharia have been incompatible and intolerant of the West and in more modern times, with any form of democracy. Creating the false premise that only “Islamophobes’ criticize Islam is foolish and dangerous and those inside the JCC, with blinders on, have chosen to ignore reality while ‘Building Bridges’ to No Where. 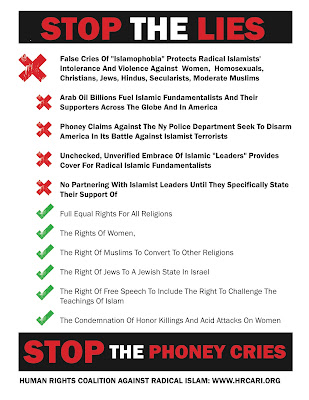 Helen Freedman of AFSI (Americans For A Safe Israel) spoke eloquently
Some pictures of this heartfelt and seriously important protest: A few more pictures are here .

The JCC missed an opportunity to have a more  balanced and open the discussion, to defend and educate… If only…. 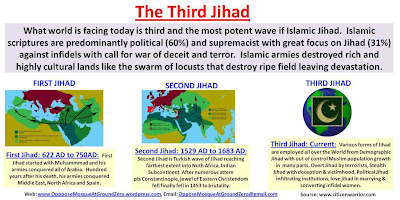 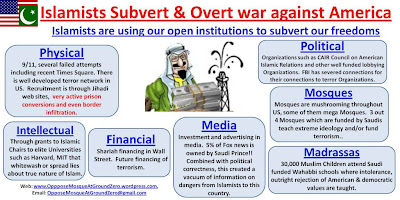 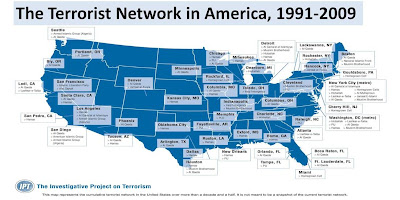 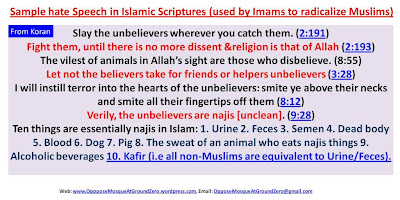 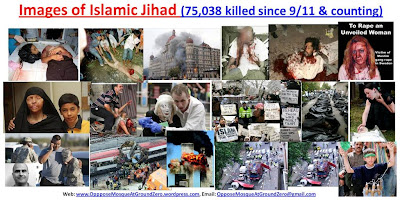 You can read more on the foolishness inside and the passionate protest outside here: “New York City “Islamophobia” Event Ignores What We’re Afraid of…“