The most bizarre thing about the Nupur Sharma episode is that she did not insult the prophet.  Nupur Sharma did not burn Koran, she has not drawn derogatory pictures like MF Hussain did for Hindu deities.  In the heat of the moment when Hindu Shiv Ling was constantly ridiculed on a TV show she repeated exactly what is in Hadith of revered islamic scholars like Bukhari.  The same was clearly affirmed by Islamic preachers like Zakir Naik.   So, if Nupur Sharma considered insulting the Prophet, then so did the Hadith of Bukhari and other Islamic preachers like Zakir Naik whom Muslims across the World revere and follow.   Exact statements are given below for anyone to see.

The more we fear to tell the truth, the worse it gets and gives into propaganda.

How can we run a nation when we are so afraid to even tell the truth?  We cannot run a nation in constant fear, fear of backlash, fear of economic consequences, it is suicidal because it will only get worse.  We cannot give into Western Globalists design of weaponizing radical Islam to convert, control and contain our nation.   Nor do we need to bend down to Islamic nations like Qatar which is crying hoarse on this while itself gave rare citizenship to MF Hussain who has drawn most revered Hindu deities naked, even having sex with their animal vahanas (see pictures below) after peaceful uproar in the country against his derogatory work.
Government can make a statement in an assuaging manner about the truth and warn the media to clearly state that what she said is what is already in  the Hadith of revered islamic scholars like Bukhari and was affirmed by Islamic  teachers like Zakir Naik.   This needs to be urgently and vocally propagated so as to call the bluff of those using this for political ends and severely endangering the safety of Nupur Sharma and her family and has already cost lives in the senseless riots.
Nupur did use the word, ‘had sex’ instead of the word ‘consummated’ (which according to Wiki link it means ‘first act of sexual intercourse between two people’).  This too she said in response to constant ridicule of Hindu deity Shiv Ling, the complete video of which is now removed by Times Now due to threats.   This is the state of this country, we cannot even tell the truth and by giving into threats we have made the situation many times worse.   In fact, the video could have been subtitled that what she said is the same as in Hadith and uploaded again!!
What Nupur Sharma said:
“Earth is flat, that is written in Koran, shall I ridicule that too (in reponse to ridiculing Shiv Ling) marrying at six and having sex at nine, that is prophet Muhammad did, and earth is flat according to Koran 88;20”   Video of what she said is here.
What Hadith of Islamic revered teacher Bukhari says is given below.  It gives not only the age of Aisha as 6 years during marriage but also that the marriage was consummated when Aisha was 9 years old.   It also says Aisha was with Muhammad during last 9 years of his life.   If Muhammad died at age 62, that will make him 53 years old when he married 6 years old Aisha.     Below is the exact text (which is also reproduced in graphic below):
Narrated Aisha: that the Prophet married her when she was six years old and he consummated his marriage when she was nine years old.  Hisham said:  I have been informed that Aisha remained with the Prophet for nine years (i.e, till his death).
https://sunnah.com/bukhari:5134

What Zakir Naid said:
“Hadith of Bukhari says, Aisha is married to the prophet at the age of six and the marriage was consummated at the age of nine.  Now, there are many so-called modern scholars who feel that it is not possible and that is the reason to try and justify and they say that actually the age is 19.  I believe that Hadith is authentic, even the age of six is authentic,  I feel medically and scientifically, Islamically a marriage can be consummated at the age of 9 once the lady is matured and it is perfectly fine.”
Video of the speech affirming above is here.  This preacher was felicitated by leaders of many Islamic nations such as Saudi Arabia, UAE, Malaysia, Sharjah, Gambia.
Video of Zakir Naik affirming Hadith that Nupur Sharma stated.
Here is some of the lead Islamic nations leaders who felicitated Zakir Naik who had affirmed the Hadith which Nupur Sharma quoted! 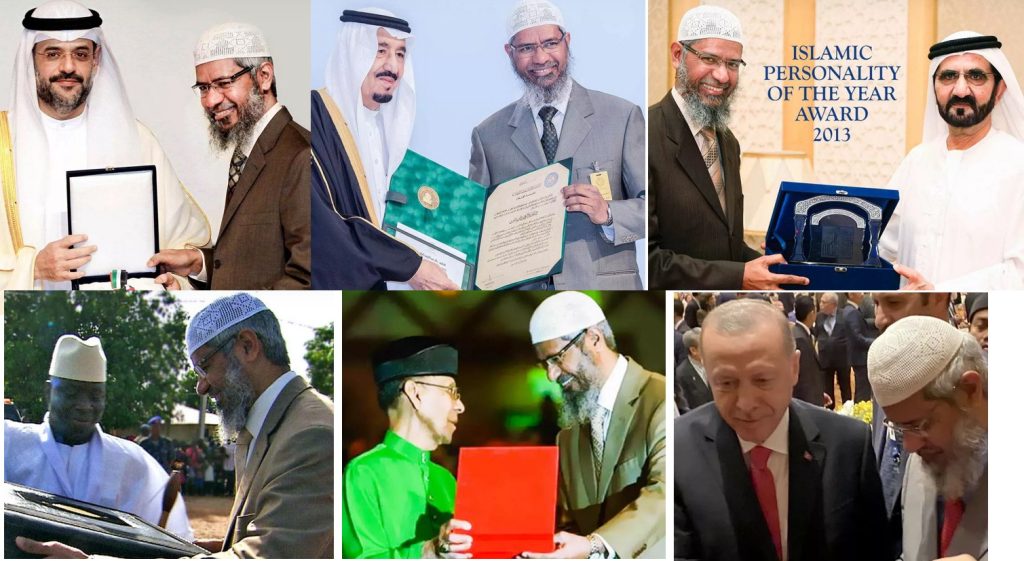 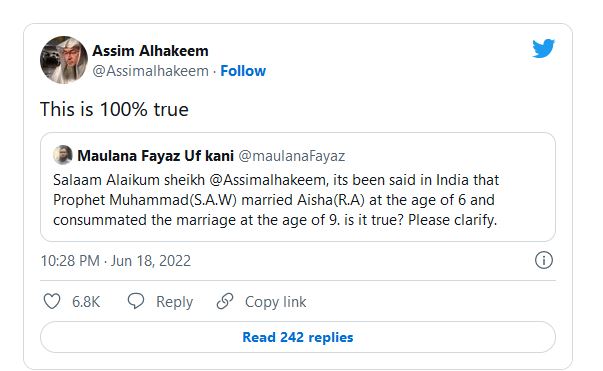 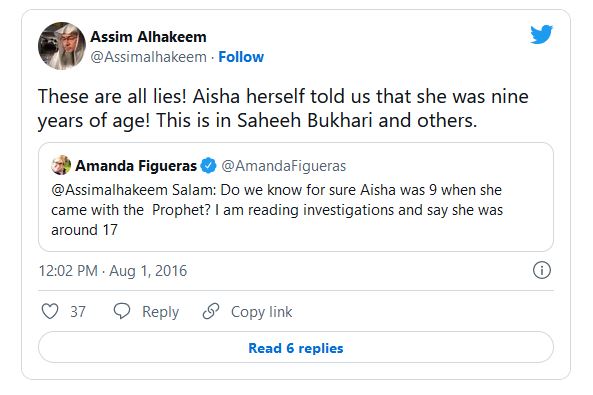 Contrast with denigration of Hindu deities by MF Hussain
Now to give a contrast to above, see below what MF Hussain painted about Hindu deities. He painted all most revered Hindu gods naked and even copulating with animal vahanas while Muslim/Christian men and women are drawn with clothes.   Did Hindus get into streets and cause violence?  Indian Muslims have become pawns to Western regime change designs and by destroying Bharath, they are destroying their own nation. 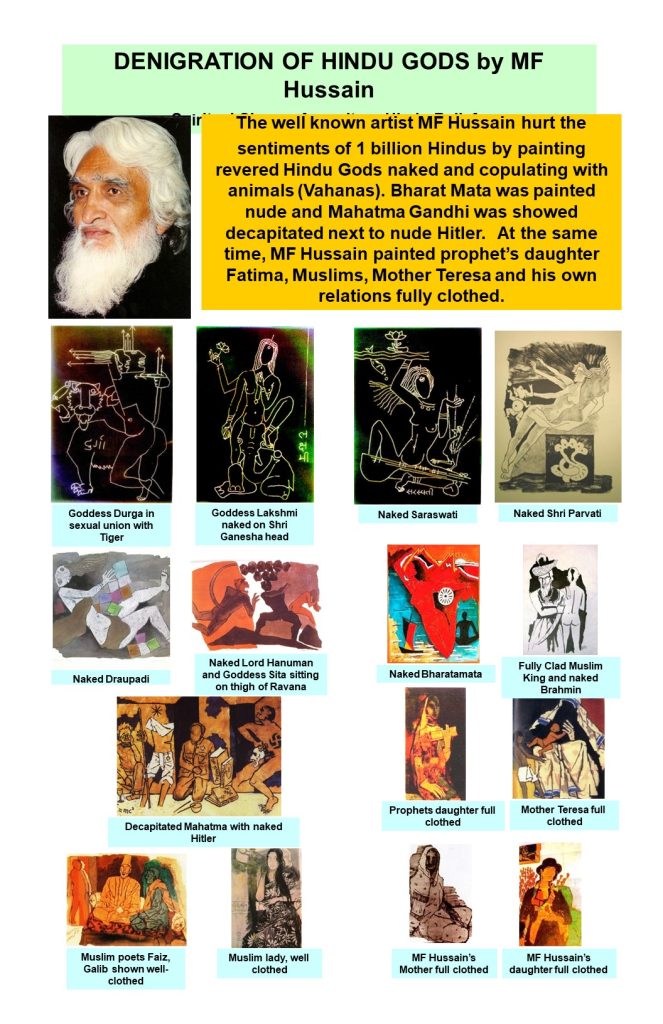 1 thought on “Why is the nation afraid to tell the truth that Nupur Sharma did not insult the prophet?”