Kataria ji is no more

With deep sadness and heart break I would like to report Narain Kataria ji who fought for India, justice for Hindus is no more with us.    Current information is he passed away during his sleep last night.

Even to the last minute Kataria ji was fighting for justice for Hindus.  He gave interview at ITV on the reports of intolerance in media is one sided with  no report when Hindus were killed the day before and went home at 9:30 PM.
I have known Kataria ji since 2007 when I first spoke at OFBJP meeting about how only Hindu temples are under Government control and how thousands of acres of land that belonged to temples in Andhra Pradesh are being grabbed under Hindu Endowment department.   Kataria ji quickly took me to his side and introduced me to other activists.   Since then Kataria ji and I worked on so many movements from Sonia Gandhi protest in 2007, faced together multi-million dollar lawsuits .   He was fearless and never once I have seen him hesitate to give his name and stand up.   For more than 25 years Kataria ji worked for India and Hindus.
It is not what he did as much as how he did, treating everyone with respect,  with sensitivity and hurting no ones feelings and completely honest in his interactions.   He is one human being we can all be proud of.   With deep sadness I say, I and my family will miss him.
The latest news I have is his cremation ceremony will in NYC on Saturday Oct 7th.
Regards,
Satya 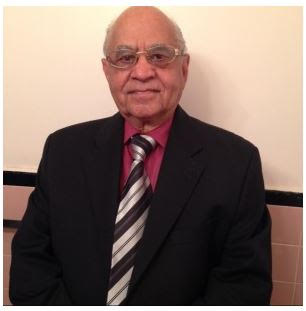